Ryan is very excited to be producing his first original theatrical concept - he has been a fan of improvised theatre for years and especially structured long-form shows. Ryan first got on the Fringe stage during the 2010 show The Creative Mind Experiment. He has shown interactive pieces at art shows, and regularly gives talks on building community, technology and entrepreneurship. In his daily life he makes websites for arts organizations and nonprofits using Drupal, the open source conent management system used by the White House and Britney Spears (how's that for a combination?). Ryan is awfully proud of his work at Urban ReThink, a creative hub in downtown Orlando's Thornton Park neighborhood, where he is a Resident Creative. He gives much love to his girlfriend Mariah for supporting him throughout this process, and sends a pat on the head to his 2 dogs and 3 cats.

Ryan's favorite line from The 39 Steps is: "You see Mr. Hannay, I happen at this moment to be dead." 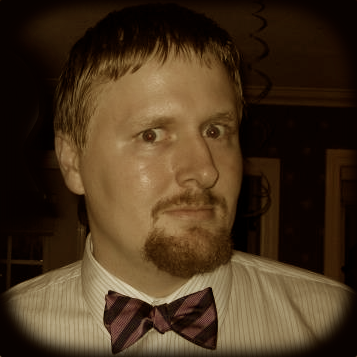