Home » Not an average Improv Show

Not an average Improv Show 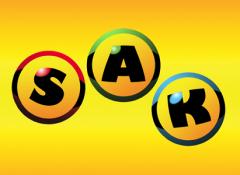 The very first live improvised show I saw was during the Fringe festival, or at SAK Comedy Lab, or both, in the early 2000s. It's hard to say.

Back then, SAK (in their 2nd home near the Orlando Arena and Bob Carr) was being used as a venue for Fringe, along with Mad Cow, Will's Pub, Cafe Annie, Orlando REP, and Church Street Exchange if I remember correctly. I'm sure I didn't see shows in all of the venues back then, but I now realize how special the festival was and is to the city.

I have become a huge fan of improvised theatre over the last decade or so, and I have seen a couple of things that I think are really special: many of the shows at Improv Olympic (now just IO Theatre) in Chicago, the work of David Charles (and his recent collaboration with Jay Hopkins at the Fringe, "Is This Seat Taken?"), and long-form shows like The Early Show at SAK.

My show does not have any official relationship with SAK, but Mike Carr, the current Artistic Director of SAK, helped us recruit actors from his mailing list, and was one of the many members of the local improv community I talked to when preparing for the show.

One thing I knew about the theatre community, and learned about the sub-set of improvisers in town, is how firmiliar it feels. I don't really come from the world of theatre - I have never really been in a play - but I know that when I go to Fringe and SAK, I can find people to share ideas with. People who know what it is like to be excited about trying something new, and who can be supportive of a newcomer.

My extended family at Urban ReThink has been helping with the show too. Necole Pynn and a group of her friends that dabble in game design have been enlisted to help us come up with alternative methods of collecting suggestions from the audience. We're hoping to avoid some of the traditional hand-waving and foot stomping that is normally needed to get people alert and on their toes, ready to suggest places and character ideas to the actors, and instead to create an atmosphere consistent with the subject matter of our show.

Right now all we have are some ideas we have come up with, and some brainstorms from Necole and Irene, et al. I wonder who else has seen or tought of other ways to get audience input without having to bark at them?