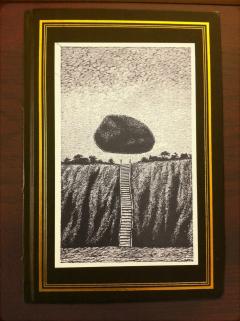 In the last few weeks we have been meeting at a warehouse in Winter Garden for rehearsals, and things have been going really well. Our initial "script" has gotten some updates from the first draft, and we are fleshing out the lists of props, sound effects, backgrounds, and other set pieces we may need to pull off our dream.

Right now it seems as though anyone could play Hannay in any given show. This is part of the original idea, the question was initially about me - would we be able to recruit people who could pull that off? The answer is unequivocally "yes". I believe any one of our actors could play all of the parts by him or her self (if they did not go completely insane first). Working with these actors is a dream come true, and Becky is bringing so many ideas and so much experience from her other projects. I am happy to say we have people who have worked closely with David Charles and Jeff Wirth in the past, both of whom are people I look up to and would love to emulate in my creative endeavors going forward.

It's also great to have my family involved and supportive on this project. After this weekend, both of my brothers and both parents have now officially lended a hand - Eric designed the graphics, Stefan has a space and lots of ideas and experience, and my folks had tools to build our stage boxes.

With every week we get closer to the festival, and I get closer to knowing this play is going to be something I am incrediby proud to have contributed to.